If you find yourself looking at cruise after cruise but aren't sure which one to book, you need to keep reading!

The goal of this chapter is to walk you through how to pick the perfect cruise!

I will do this by providing you with information about Norwegian, Royal Caribbean, and Carnival cruises.

Once you have an idea of which cruise line sounds like a good fit for you, I will help you determine how to narrow down the cruises by departure port, destination, or ship.

The goal of this chapter is to teach you how to pick the perfect cruise.

At the end of this chapter, you should know the difference between three major cruise lines (Carnival, Royal Caribbean, and Norwegian). You will also know your port of departure options, and your possible destinations.

Chapter 1: Introduction
Chapter 4: Are Beverage Packages Worth the Money?
Chapter 2: How to Pick the Perfect Cruise
Chapter 5: Perfect Packing List for Your Cruise
Chapter 3: Best Money-Saving Deals on Cruises
Chapter 6: 5 Mistakes to Avoid Making on Your Cruise

This cruise line has gotten a reputation of it being a party boat.

The prices are often cheaper than some of the other cruise lines, which attracts a younger crowd. And, of course, 20-somethings like to drink...a lot.

So, if that's what your interested in, this would definitely be a good cruise line!

Typically, Carnival cruises are typically less expensive than Royal Caribbean, Disney, and Norwegian. I think that this shows to a certain extent; after looking at reviews, a lot of Carnival passengers complained about the food being unappetizing, small portions, and many up-charges.

I understand if a buffet on cruise ships doesn't have the best food; however, the food served in the dining room should be delicious!

Also, while all cruise lines will give you plenty of opportunities to pay more for something better, you shouldn't feel as though you don't have good options that are included in the price of your ticket.

This cruise line often charges a little more than Carnival; however, it doesn't have the party reputation.

This, of course, doesn't mean that you can't have a good time!

There are plenty of bars and nightclubs on board the ships, so drink as much as you'd like!

On my last Royal Caribbean cruise, I definitely saw some intoxicated individuals, but for the most part, they weren't rowdy or out of control.

From my experience, the food on Royal Caribbean is pretty good! The food in the dining room is fantastic, but some of the food at the buffet was just alright.

However, I have read some reviews that complains about poor food. Plus, there are some complaints about the shows not being great--specifically the music productions.

Similar to Carnival, Royal Caribbean definitely gives you opportunities to pay a surcharge for something better; however, from the reviews I have read, it isn't quite as bad as Carnival. There are still nice entrees available to you without an surcharge in the dining room. But, make no mistake, you could pay extra for even better options!

However, Norwegian tends to be considered a nicer cruise line.

Keep in mind that Norwegian is geared more towards adults. There typically aren't nearly as many children on board.

How Should You Pick a Cruise?

If you're like me, you probably hate making expensive decisions, which means, you would be devastated if you made an expensive mistake.

But don't worry! I have some tips to help you pick the best possible cruise!

There are multiple ways to go about looking for a cruise.

It all depends on what is most important to you.

Picking Based on Departure Ports

To lower the cost of your cruise, you will likely find it most economical to pick the closest departure port to where you live.

This, however, does not always leave you with a ton of destinations or cruise ship options.

Certain ships only sail out of specific ports.

You likely won't be able to take the same ship to Alaska that you might take to the Bahamas.

Picking Based on Destinations

If you want to cruise to Alaska and live on the East Coast of the US, you will likely have to travel to Seattle, WA for your cruise.

Because you will likely want to fly instead of driving cross-country, you will need to factor in plane tickets and a hotel into your budget.

Picking Based on Ships

Of course, it's entirely possible that you like cruising for cruising's sake.

You don't really care about the destinations.

You're into cruising for the ride!

And, trust me, I totally get that!

There is nothing better than laying on a deck chair, looking out over the vast ocean. It's somehow invigorating and relaxing all at the same time.

If you're more inclined to stay on the ship than getting off to explore the destinations, you should probably pick a ship that has everything you want in a cruise ship!

Some of the smaller ships don't have as many activities, restaurants, and shops.

So, you might want to make sure that you're riding on the biggest and best!

If you're on a budget, pick a cruise by first finding the closest departure port to you. Then, you can see which ships leave from there and which destinations you can visit.

If you're interested in destinations, pick a cruise by first identifying your ideal destination. Then, you figure out which ships sail to that destinations and which ports they leave from.

If you're more into staying on the ship, pick a cruise by identifying your favorite ship. Then, you can figure out which port(s) it leaves from and (if you care at all) which destinations it visits.

Carnival, Norwegian, and Royal Caribbean leaves from many different ports, which gives you the opportunity to find the port closest to your house!

This is relatively easy to do if you live in Florida or Southern Georgia, there are multiple ports are located in Florida!

However, there are plenty of other ports to choose from!

So, let's take a quick look.

Departure Ports and Which Cruise Lines Use Them

None of These Ports Are Close to Me!

You can actually make this work to your advantage!

It may not be to your budget's advantage, but it will definitely appeal to the adventure-loving side of you!

Pick a port in a city that you'd really like to visit!

This will give you the opportunity to arrive a few days early for your cruise or stay a few days afterwards and explore the city!

You'll already be paying for a plane ticket whether you spend the extra time there are not.

Literally, the only extra cost is a hotel and food.

I know, you're thinking, is this lady for real right now?! She thinks that hotel and food costs are minimal?!

Seriously, though, you actually can get spend less on sleeping accommodations and food than you think.

You just need to look in the right places.

Here's my best advice for when you're on a serious budget: find an inexpensive Airbnb, and cook your meals.

You don't have to spend a ton of time cooking. Frozen meals will be sufficient and cheaper than eating out.

You can eat out for as many meals as your budget allows. But renting an apartment or condo gives you the flexibility to cook in order to save money!

It's likely a large portion of the reason your cruising in the first place!

You might want to lay out on the beach during your tropical getaway.

Or, perhaps you want see beautiful Alaska and go whale-watching!

You can cruise to a lot of different destinations.

Take a look at the general destinations below and decide which ones sound like the most fun.

Keep in mind that just because

If you'd rather focus on choosing a destination, here are the different ones available.

Carnival has a neat tool located on their website!

You can click on different destinations, and Carnival highlights which ports you can leave from to get there!

Royal Caribbean also gives you an opportunity to search for cruises bases on the destinations you'd like to visit.

You can check them out here!

If you'd like, you can also look at Norwegian's cruises based on destination here!

Lastly, you can select a cruise by ship!

This is definitely a fun way to pick a cruise, but it's not the easiest way.

I really only recommend doing this if you plan to spend most of your time on board.

As much as I'd love to go over each ship for each cruise line (similar to what I did with the departure ports and destinations), there is simply too many ships and too many details for me to accurately cover everything.

The cruise lines should do a much better job of describing their ships than I can.

You can see exactly what activities each ship offers by clicking the links above!

Chapter 1: Introduction
Chapter 4: Are Beverage Packages Worth the Money?
Chapter 2: How to Pick the Perfect Cruise
Chapter 5: Perfect Packing List for Your Cruise
Chapter 3: Best Money-Saving Deals on Cruises
Chapter 6: 5 Mistakes to Avoid Making on Your Cruise

I hope that you guys are finding this guide helpful!

If you have any questions that I didn't answer, go ahead and leave them in the comments below!

See you in the next chapter! 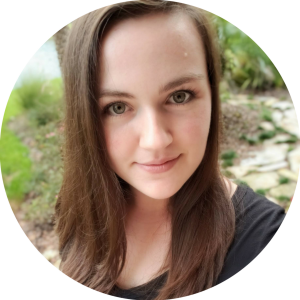